The Value of Ultrasound in the Detection of Foreign Bodies

Medical ultrasound is routinely used to detect and remove an array of ‘foreign bodies’ retained in soft tissue. Foreign bodies are typically glass, metal or vegetal (plant) based, and tend to appear hyperechoic compared to surrounding soft tissue when viewed with ultrasound. Foreign bodies are a common cause of acute pain and admission to hospital emergency departments, and present a significant risk for inflammation and infection.

A patient presented to a hospital in Germany, suffering from a high CRP levels (C-reactive protein - an indicator of inflammation) and complaining of abdominal pain. The hospital performed a CT scan, which showed an unidentifiable foreign object and a tumor between the liver, kidney, and pancreas, with solid and liquid parts – perhaps pointing to a malignant hepatocellular carcinoma. 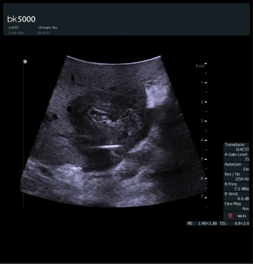 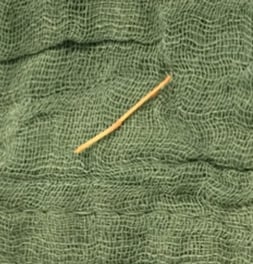 The procedure was finished after removal of the foreign body, flushing the abscess, and the insertion of a drain without resecting the liver. The stomach, which was believed to have sustained a penetrating injury, also exhibited no further defects.

When the surgeon called the radiology department (who had performed the CT scan) with their findings, the radiologists were astonished. The patient was, of course, very relieved.

This case is a clear example of the value of ultrasound as an emergency diagnostic modality.